Ajax Metal Forming is exhibiting at the Design-2-Part show March 29 and 30, 2017 at the Cobb Galleria Center in Atlanta, Georgia.  Stop by and say hello to Don Wellman and Erick Ajax.

The Ajax team will also display at Design-2-Part on June 8 & 9, 2017 at the Convention Center in Minneapolis, Minnesota.

AHR Expo 2017 is in the books, and Ajax Metal Forming Solutions had a great show. Next year visit Dan McGee, Don Wellman and Erick Ajax in Chicago.  See you in 2018! EJ Ajax and dozens of other Minnesota manufacturing companies hosted high school and Technical school students During the week of October 3-7, 2016.  More than 1,000 students participated in the Heavymetal2016.com Bus Tour.   Here are some pictures from the event at EJ Ajax on October 7. The hardworking and dedicated colleagues at EJ Ajax have once again made the company a Top Workplace in Minnesota.

“We’re delighted to again be named as a Minnesota Top Workplace,” said EJ Ajax Co-owner Erick Ajax.  “We sincerely appreciate the effort, skill, and experience each of our colleagues brings to our workplace every day.”

This is the 2nd year in a row that EJ Ajax has been named as a Minnesota Top Workplace by the StarTribune.  Additionally, EJ Ajax was named as a “National Standard Top Work Place” by Workplace Dynamics, a global provider of employee and performance improvement solutions. 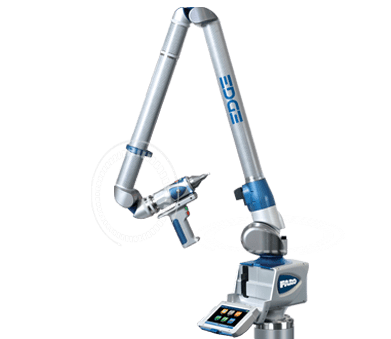 EJ Ajax installed a new FAROArm Edge coordinate measuring machine and produced a new video to demonstrate the features and benefits of this amazing new device. Erick Ajax, Co-Owner of EJ Ajax and Sons, received the National Skills Coalition 2016 Skills Champion Award for his outstanding work to ensure our country’s policymakers invest, aggressively and effectively, in the skills of America’s workers.

Erick has worked with National Skills Coalition as an employer partner for a decade, serving on the original NSC Leadership Council. He is a founding member of Business Leaders United and currently serves on its Executive Committee. Erick has been an outstanding advocate for effective workforce policies, particularly those that leverage and build upon private sector investments, all while leading a successful company and sector partnership in Minnesota. E.J. Ajax invests over 5.5% of its annual payroll in employee education, and believes strongly in the value of employer-led partnerships to prepare workers for jobs within his industry. Erick is a founding board member of M-Powered, a Minnesota-based manufacturing sector partnership.

Over the last decade, Erick has helped to raise the visibility of the skills gap, sector partnerships, and the need for federal skills policy to be informed by small and mid-sized employers. In addition to seeding and informing dozens of media pieces locally and nationally over the years, he has successfully cultivated Senator Franken (D-MN) as a skills champion in Congress. He has hosted the Senator for site visits at M-Powered, engaged in joint press activities with the Senator, and was his guest at the State of the Union. Ultimately, Erick helped to inform the Senator’s Community College to Career Fund Act, which is based on the successful sector partnerships that he visited in Minnesota.

Each year, The National Skills Coalition’s annual Skills Champion Award recognizes a Coalition member whose exceptional organizing and advocacy efforts have moved the skills agenda forward in their state or in Washington, D.C. over the past year.  The winner embodies the Coalition’s mission to seek an America that grows its economy by investing in its people, so that every worker and every industry has the skills to compete and prosper.